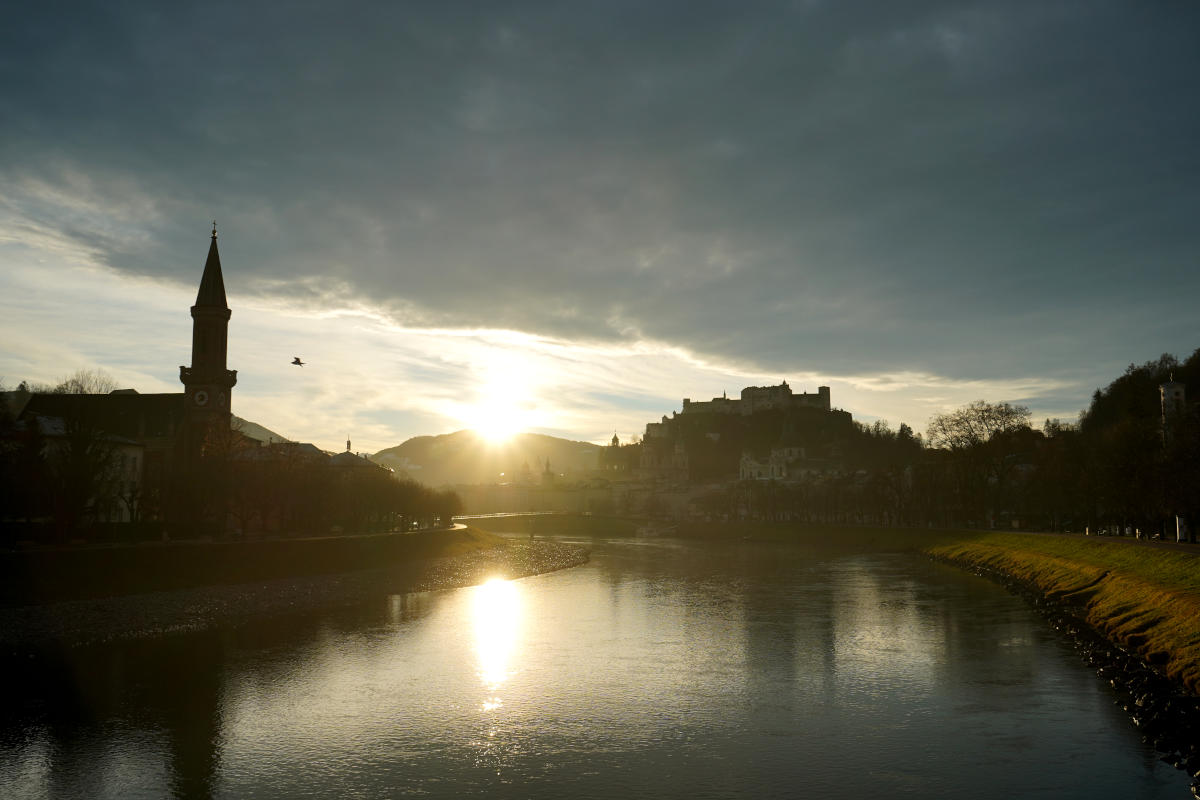 Salzburg is located at the northern edge of the Alps in the centre of Austria.

The City of Salzburg is nested on and between several forested hills and mountains in the valley of Salzburg, the so called "Salzburger Becken", bordering Bavaria in Germany. Apart from the hills or crags, Mönchsberg and Festungsberg dominated by the fortress Hohensalzburg, Rainberg and Kapuzinerberg, the city itself is dominated by the river Salzach, which makes for a picturesque view from any the lookouts.

South of the city you see the Tennengebirge, a range of limestone mountains and home to Hohenwerfen Castle and the famous Eisriesenwelt. 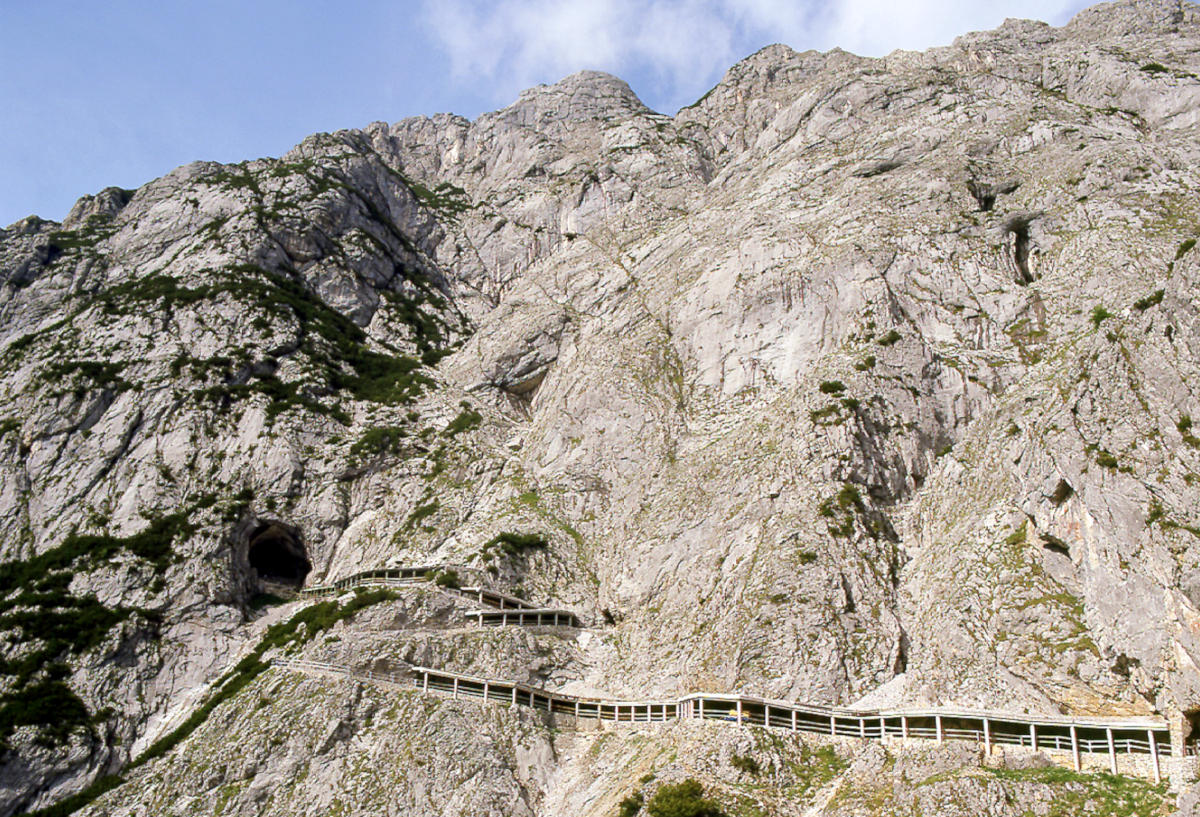 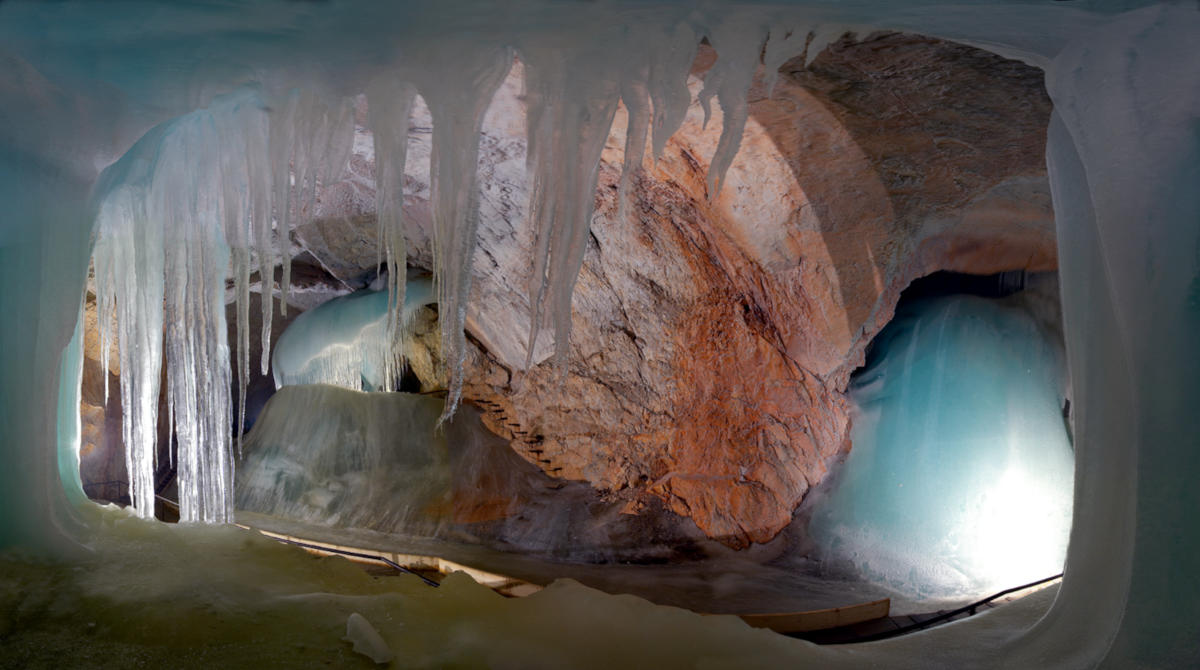 Southwest, dominating the city with it's massive appearance and height of 1853 metres, we see the Untersberg. This mountain is not only an important source of drinking water (yes, we drink our tap water because it's of better quality than bottled water), it is also a source of building materials and legends, from Charlemagne the Great sleeping in it's depths to the Wild Hunt. 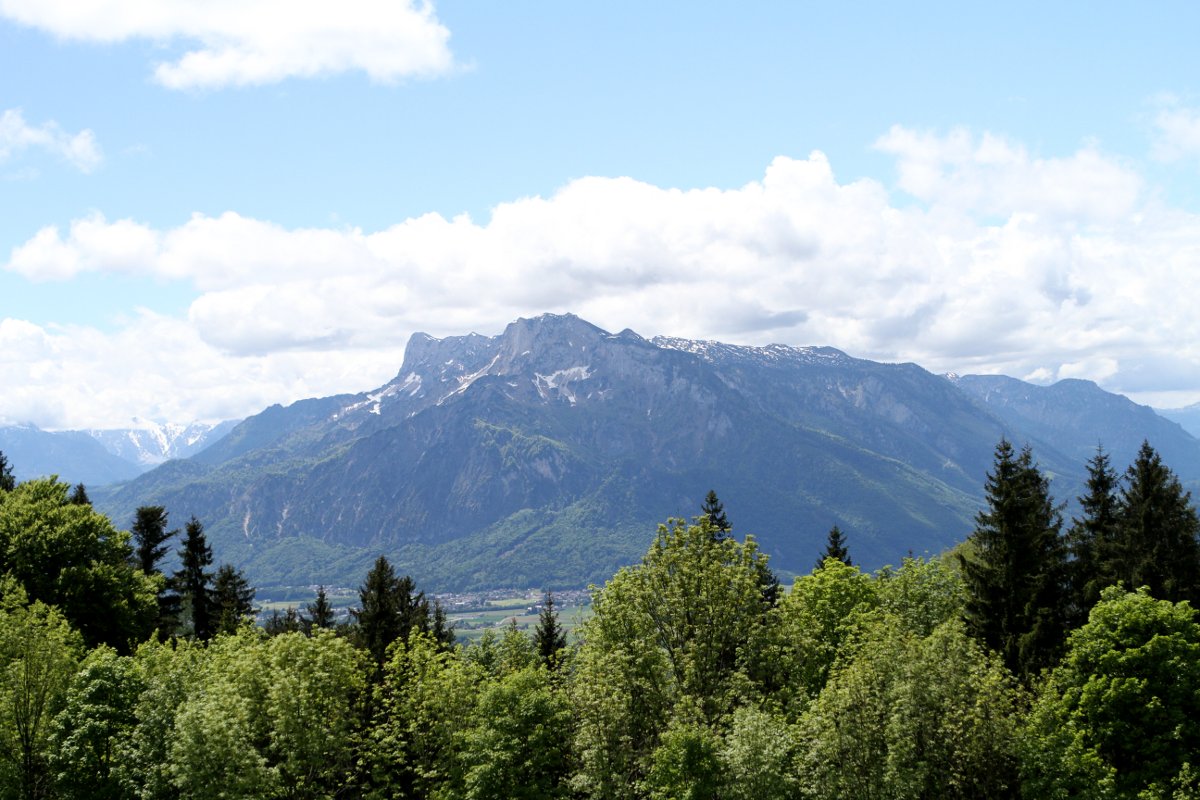 To the Southeast you see the Gaisberg, a great lookout in all directions, topped by a big radio transmitter. 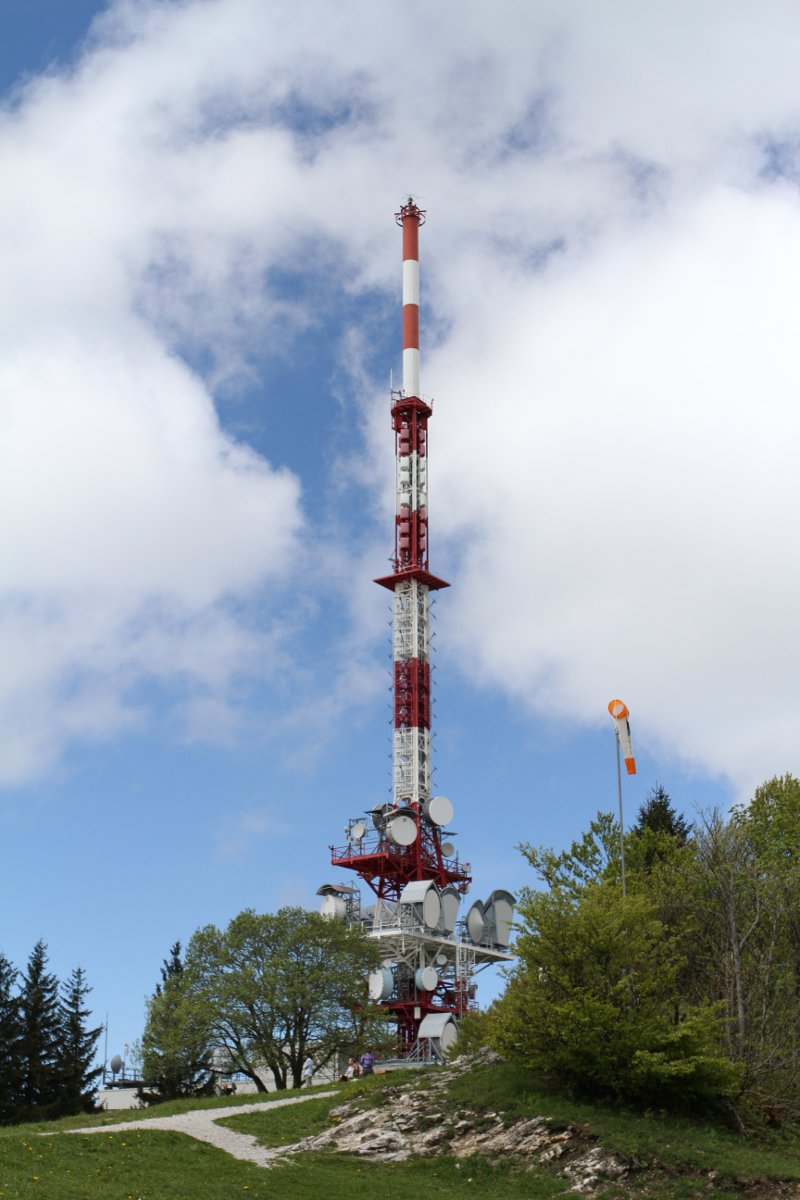 To the North however, the landscape is much more gentle, shaped into soft, rolling hills by the giant glaciers of long past ice ages. On top of the closest one, the Plainberg, you can see the basilica Maria Plain - not only a popular destination among pilgrims and worshippers, but also a peaceful lookout.

Salzburg city is the state capital of the Austrian state of Salzburg. The reason for the identical, and sometimes a bit confusing names lie in history: Our state and it's capital are a part of Austria for around 200 years only. Before, Salzburg was an independent country, ruled by a Prince Archbishop. But more about that in our articles about history. 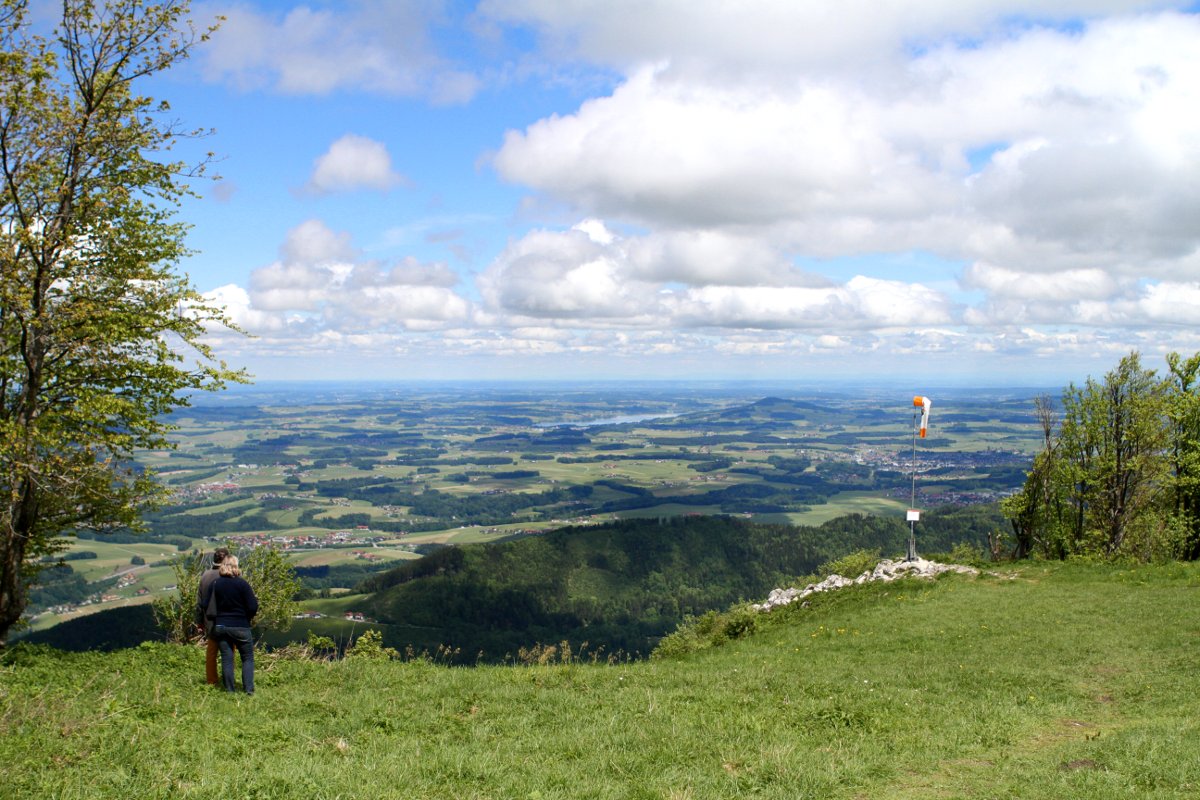 The state has common borders with Germany and Italy, as well as the other Austrian states Tyrol, Carinthia, Upper Austria and Styria. Salzburg stretches through the entire section of the northern Alps and is divided into five "Gaue" (regions) and the city itself. The Gaue are named Flachgau, Tennengau, Pongau, Pinzgau and my most favourite - Lungau. Each Gau has it's very own charme and specialities, be it the landscape, culture or most importantly: food.

If you follow the Salzach southwards to its springs, you cross almost all of our districts, except Lungau. But let's start at the source of the river, located on the edge of the Kitzbühel Alps near Krimml in the western Pinzgau region. And right there it already creates a stunning wonder of Austrian nature: The Krimml Waterfalls with a total height of 380 metres, they are the highest waterfalls in Austria. Crossing Pinzgau, Pongau and Tennengau, the river works its way through the city of Salzburg and the northern Flachgau, until it flows into the Inn river (which then joins the Danibe and ends up in the Black Sea). 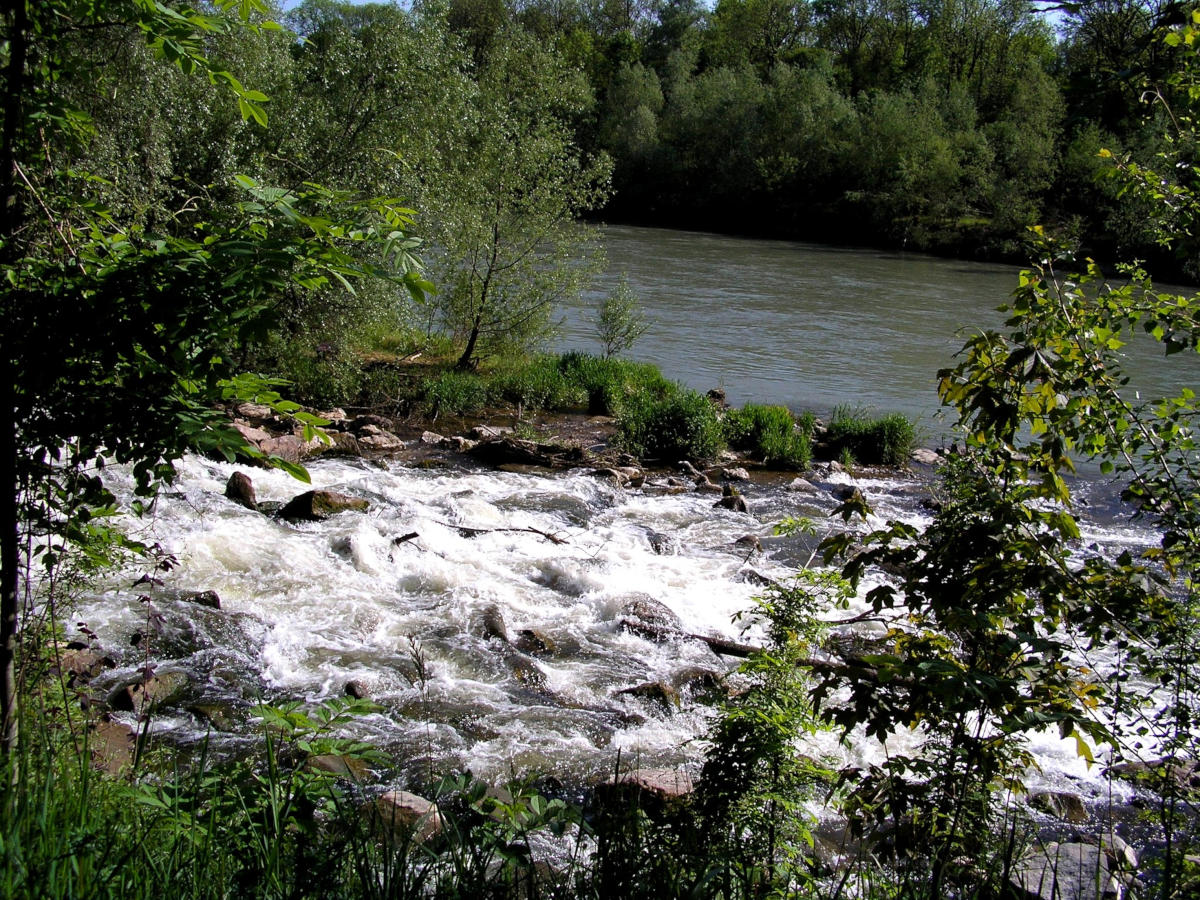 Originally the river was named Igonta. Igonta was a river god worshipped by the Celtic and later Romanic population of Noricum (Celtic kingdom and later on Roman province in the region of modern Salzburg). With the Archbishop's focus on salt mining in Hallein 20 kilometres south of the Capital, the river got the name Salzach - salt river.